90
During the bobsled event in Marble League 2018, Team Momo had a DNF because their member, Momomo, became ill with altitude sickness and could no longer compete. During their second run, Momomomo got injured again after the bobsled went over a rough patch of ice. Since they no longer had a full team of 4, Team Momo merged together with Team Primary, who didn't qualify for Marble League 2018, to form Team Momary.

After Marble League 2018, Momomo and Momomomo recovered from their bad injuries and since there was no need for Team Momary to exist, the team disbanded.[1]

Team Momary formed when Team Momo and Team Primary merged during Marble League 2018. Team Momo qualified for Marble League 2018, unlike Team Primary. During Event 4, the Bobsled, the team's sled stopped partway down the course. This was due to Momomo getting altitude sickness. Mimo, the team's reserve, stepped in and took Momomo's place. However, on the team's second attempt at the run, Momomomo knocked into a corner and remained incapacitated for the rest of the run. Doctors assisted the two injured marbles and concluded they would be OK, but should not continue to compete for the rest of the games.

This left the team one marble short and with no reserve marble. To continue competing, they needed to recruit some more members. The team reached out to several other teams such as the Green Gang, but this was not successful.[2] When Team primary heard about Team Momo's injuries, Rima suggested to their coach, Prima, that they could take the injured marbles' places. Prima disagreed, thinking the places should be taken by other green marbles. However, they eventually realized this would give the team more chances to compete so allowed it. Initially Prim and Rima were chosen to join Team Momo, but fans wanted Mary instead of Rima. The fans ultimately got their way and Prim and Mary joined Team Momo and Mimo stayed on as reserve.[3] The new team called themselves Team Momary and, after the IMC approved the merger, they competed using this name for the remainder of Marble League 2018.[2]

The Bobsled had left the team in 15th place overall. Mimo agreed to compete in the next event, Speed Skating, so the four others could spend some time training together and build some camaraderie. Unfortunately Mimo came 15th. Team Momary's first event competing as a team came in Event 6, Team Pursuit. They managed to beat the Pinkies in their heat, but lost to the eventual silver medalists, the Raspberry Racers, in the quaterfinals. The team finished in 8th. The win over the Pinkies proved the team could work together and boosted their morale.

The next event was the Snow Rally and Momo was chosen for the event. Momo came sixth in the first race, and first in the second race, earning 27 snow points. They tied the Savage Speeders on snow points, but due to Momo's faster average time, were awarded the gold medal. The next event they really wanted to win was Event 9, Curling. They managed to beat the Balls of Chaos by one point in their opening heat. They faced Mellow Yellow in the quarterfinal and, after some amazing shots from Momo and Mary, they beat 5-4. The team's 3-2 win over the Raspberry Racers in the semifinal secured them their next medal. Unfortunately their winning streak was ended by the Oceanics in the final, but the team came away with their next medal, a silver.

The rest of the tournament didn't go as well finishing 9th, 8th and 15th in the final three events. At the end of Marble League 2018, Team Momary finished in 12th overall. The team had given an amazing effort after the low point of the injuries and had become lifelong friends. The team disbanded after Marble League 2018 going back to competing as Team Momo and Team Primary. Despite Prim and Mary coming away happy, Rima, Imar and Aryp were disappointed with their performance and let their two teammates know. This led to tensions and fighting within Team Primary which ultimately led to their failure to qualify for Marble League 2019.[3][4] 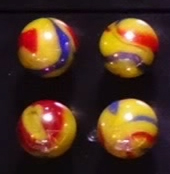 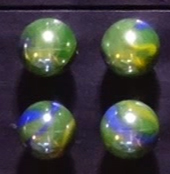 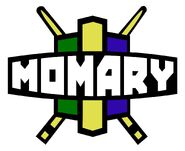 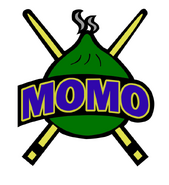 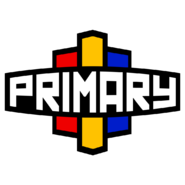