0
Ruzzy is the reserve member of the Raspberry Racers, joining the team for it's inaugural season in 2018. Along with other team members, they hail from the City of Rubow in Central Europe.

Widely known as one of the best reserves in the Marble League, they are best remembered for their gold at the 5 Meter Hurdles in Marble League 2020, after coming on for the injured captain, Razzy. As a result, Ruzzy became the first and the only current reserve to win a gold in the Marble League. Ruzzy also performed very impressive in their individual event debut as they were only 0.1 second away from the podium in Speed Skating. Ruzzy is also known for getting the team's first ever medal in Marbula One in the Arctic Circuit Grand Prix where Ruzzy managed to finish 3rd despite qualifying in 14th.

Ruzzy has a total of 57 individual points in just five individual events and has managed to score 18 points in Marbula One.

Ruzzy was recruited by the Raspberry Racers in 2018. The team managed to qualify for Marble League 2018 and got off to a bad start. The team started to rise and jumped to 11th before Speed Skating, the team decided to send Ruzzy to debut in Speed Skating. It was one of the few times that a full-time reserve had participated in an individual Marble League event in 2018. They ended up winning their heat, and finished in 4th, just 0.1 second away from the podium. They jumped to 8th after this event and a silver in the next event jumped the team up to 5th. Ruzzy later appeared in Ice Hockey as the goalkeeper of the team, but the team only finished 15th. The team eventually ended the season in 8th.

Marble League 2020 became Ruzzy's breakthrough year as Ruzzy participated in five events this year, three individual events and two team events. Before the finals of the 5 Meter Hurdles in Marble League 2020, Razzy suffered minor injuries after their two record-breaking runs in both the heats and the semifinals. As a result, Ruzzy was subbed in for the final, where they faced Wuspy, Swifty and Yellow Eye who have either won the event before or held the Marble League Record at one point. To everyone's surprise, Ruzzy won the finals with a time faster than Razzy's both runs and clinched the team's only gold of the season.

Due to their amazing performances in Marble League 2020, Ruzzy was selected for Marbula One Season 2 over Rezzy. To everyone's surprise. They did not qualify at the O'raceway Grand Prix and finished 11th in the next Grand Prix. Despite qualifying in 14th, they made a major comeback in the Arctic Circuit Grand Prix by finishing third, the team's first ever podium throughout two seasons. At the same time Razzy scored 14 points in the first half. The team was in 9th in the standings with 32 points. Ruzzy was in 19th in the individual standings.

The team were invited to compete in Marble League Winter Special, to which they accepted. Ruzzy's bronze in Arctic Circuit GP was the confidence boost the team needed coming into this tournament, and their old rival, the Limers, ironically, weren't invited to compete. The team were in 9th before the final event, completely out of championship contention. Coming into the final event, Ice Hockey where Ruzzy participated alongside the team, the Raspberry Racers went on to win the event and finished the tournament in 4th.

The team went on the second half of Marbula One Season 2 after a successful first half and a great finish in the Marble League Winter Special. However, their second half was abysmal as Ruzzy scored no points. Razzy got no points either apart from a surprise bronze in Midnight Bay Grand Prix. The team finished in 14th out of 20 teams with 48 points. Ruzzy finished the season in 34th out of 40 racers with 18 points in the individual standings.

The team was placed in Group B and qualifed for Marble League 2021 in 1st place. The Raspberry Racers got off to a strong start and was in 2nd place for most of the season. Ruzzy was sent to participate in 5 Meter Hurdles due to winning this event last year, Ruzzy failed to replicate their success and finished 6th. The team took the lead after Elimination Race. Despite a 12th-place-finish in Football, the team held a comfortable lead of seven points ahead of the Hazers. A 15th-place-finish in the final event cost them the championship and the team finished the season in 2nd place.

*Ruzzy took Razzy's place in the final after Razzy was injured.

Note: Events include any kind of individual & team events (friendly events, other tournaments, ...).

*Ruzzy replaced Razzy in the final.

*Razzy competed in the 5 Meter Hurdles until the final when they dropped out due to illness. They were replaced by Ruzzy who was awarded the points and the gold medal. 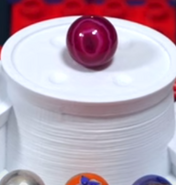 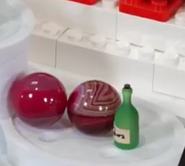