0
Rojo Dos is a marble who competes in the Marble League. They are a member of the Rojo Rollers.

During Marble League 2016, Rojo Dos participated in 3 individual events. In the Long Jump they finished eighth and earned the team 1 point. In the High Jump they won the gold medal. In the final event, the Hurdles, they only finished 13th. The team finished sixth overall. Rojo Dos also had a big contribution to the team's gold medal in the balancing event, where they went the full 150 cm.

Rojo Dos participated with the Rojo Rollers in the Marble League 2017 Qualifiers. They participated in the individual Sand Rally event, where they spent a long time battling in the front, but they eventually got stuck and DNFd. The Rojo Rollers failed to qualify, scoring only 4 points and finishing 16th out of 16.

In October 2019, the Rojo Rollers revealed that they would be competing in the Marbula One Season 1 season, with Rojo Uno and Rojo Dos representing them. 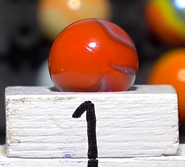 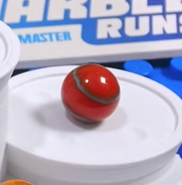 Rojo Dos getting third in the Funnel Race (MS2019). 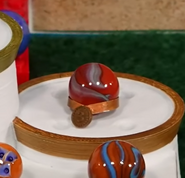 Rojo Dos getting third in the Funnel Endurance (2021).