Wespy, Wispy, Wospy and Wuspy are the original members of the Midnight Wisps and are the current members of the team. Waspy joined the team in 2018. Wispy became team captain in 2019.

Note: Events include any kind of events (friendly events, other tournaments, ...).

The Midnight Wisps come from the Scandinavian taiga, east of the city of Helarve. The five original members of the team, Wispy, Wespy, Wospy, Wuspy and Waspy, met on a bus tour to Harva National Park. They bonded by discussing the upcoming Marble League 2016. Midway through the tour, the five decided not to finish the tour, opting instead to race through the forest. Unfortunately, they were caught trespassing, and were permanently banned from the park.

After paying off their fine, the five decided to form their own marble sports team. As they went back to the forest where they raced, they arrived in a river and found a beautiful valley, equidistant from where they all lived. In fact, this valley would later become their training ground. However, Waspy was too young at the time to compete in Marble League, so she decided to help the other four train.

One night, Wuspy returned from the forest to tell everyone in the valley about the blue lights she saw in the trees. Wospy was skeptical of the story, thinking she was crazy. This led Wispy to come up with the name for the team: the Midnight Wisps, named after the willow wisps that produce those blue lights, and Helarve's famous landmark, the Helarve Clock Tower.

The Midnight Wisps applied for participation in Marble League 2017, and were accepted in early 2017. They had been training hard all along, so hard indeed that they completely had no idea which teams had already prequalified for the games when they arrived in Knikkegen. The Midnight Wisps did not perform very well in the Marble League 2017 Qualifiers. They entered the final Qualifiers event, Funnel Spin, in second-to-last with only 7 points. Wospy managed to turn this around and get a first place finish, earning the team 15 points, enough to put them in 8th overall with 22 points, earning themselves a place in the main competition.

The Midnight Wisps had a poor start to the tournament. Wospy failed to replicate his success in the Qualifiers with a 13th place finish in the first event, Funnel Race. Thankfully though, Wespy made up for it by winning a silver medal in the next event, Long Jump. He was just two millimeters short of event winner, Cocoa of the Chocolatiers. In fact, this was the Midnight Wisps' first ever Marble League medal. They sure couldn't have been happier for the moment.

The next event, the infamous Fidget Spinner Collision, caught the Midnight Wisps by surprise. During the team's group stage match against Team Momo, Wispy collided with Momomomo, inadvertently injuring him. Momomomo was taken to hospital and dropped out of the competition. The Midnight Wisps tried to reach out to Team Momo, but the doctors forbade anyone from visiting Momomomo. The team eventually came up with the idea of donating some funds to Team Momo so Momomomo could afford all the medical treatment he needed. Meanwhile, the Midnight Wisps made it into the knockout stage of the Collision event by finishing first in their group. They lost to Team Primary in the quarterfinals, and finished the event in sixth.

The Midnight Wisps continued to stay in the middle of the standings until Event 9, Steeplechase, where they won a bronze medal. In Event 11, Underwater Race, Wospy pulled an upset by beating Kinnowin of the O'rangers, who had set a Marble League Record in the semifinals beforehand, winning his team their first ever gold medal. The Midnight Wisps jumped to fourth in the standings. Unfortunately, they were already too far behind standings leaders, the Savage Speeders, for the Marble League championship title.

Then came the final event, Sand Rally. With Yelley of Mellow Yellow eliminated in the heats, Wispy was hoping to finish the event in fifth or better so the Midnight Wisps could get to third overall and automatically qualify for the next season. Unfortunately, he failed to meet his own objective, finishing the final in seventh. The team remained in fourth overall at the end of Marble League 2017, one point behind Mellow Yellow. Even then, they were very happy with the results, especially since it was their debut season. In fact, they managed to earn a great deal of respect because of that, and their fanbase kept growing afterwards.

The Midnight Wisps got back to training during the offseason in order to rectify what needed to be improved. They were hoping to get into Marble League 2018. So they entered the Marble League 2018 Qualifiers, and were seeded in Group B. The team started strong with a second place finish in the first Qualifiers event, Curling. Afterwards, they finished every subsequent event in the middle of the pack, but were still able to qualify for Marble League 2018 with 20 points.

In fact, the Midnight Wisps entered Marble League 2018 with high hopes. Unfortunately, all those hopes seemed lost in the first two events. But they weren't deterred, and proceeded to win two bronze medals in the next two events, Halfpipe and Bobsled. But the team faltered in the next two events, even coming in last in Event 6, Team Pursuit. However, Wuspy made amendments and won the team their third bronze medal of the season in Event 7, Snow Rally.

By the end of Event 10, Biathlon, the Midnight Wisps were in 10th overall. Meanwhile, the Oceanics, the O'rangers and the Savage Speeders were in the top three, and it looked like one of them would win the League. The team worked out that if they could win two gold medals in the final two events and have the Savage Speeders get a bronze or lower in the first of those two events, Ice Hockey, then they could win Marble League 2018. They decided to fly back home during the week to practice as hard as they could. They returned to their training valley to meet Wyspy, their coach, and practiced skating across the river, getting the best control they could.

The Midnight Wisps returned to the tournament alongside Waspy and won a gold medal in Ice Hockey, making them rise to fourth place overall. It was later announced that due to an avalanche that severely damaged the host stadium, the Arctic Circle, the final event would be held at the Bakker Bowl. That event was revealed to be Sand Mogul Race. The Midnight Wisps chose Wispy to represent them in the event. Along the event, the O'rangers failed to move on to the semifinals, and the Oceanics failed to make it into the final.

Following their miraculous victory, the Midnight Wisps and their fans partied until the break of dawn and throughout the week. They then went on a victory tour around the world, starting and ending in Harva due to fan demand. The willow wisps even made a surprise appearance around the Helarve Clock Tower to celebrate. It took two months before the team could regain their private life and begin training again.

During the offseason, the Midnight Wisps took part in a few practice events, the first of which was the 100 Meter Water Race, where Wespy surprised the fans by failing to finish. The team were eliminated in the first round of the Amazing Maze Marble Race, even though they came second in their group. The team moved on to take part in the Marble League 2019 Friendly Round, where they came second in all but one event, finishing in third overall.

Despite all their hopes, Marble League 2019 started off poorly for the Midnight Wisps, coming in the middle of the pack for the first four events. Then, Wuspy failed to show her best in Event 5, 5 Meter Sprint, where she ended in second-to-last overall. They were then disqualified in Event 6, Relay Run, for pushing their relay block into the Raspberry Racers' lane. The team fell to thirteenth place.

The Midnight Wisps finally earned a medal, a gold, in Event 7, Block Pushing. Unfortunately, they followed this up by coming in second-to-last in Event 8, the Summer Biathlon. However, they were given two consolation points due to an equipment failure that caused Wispy to be visibly pushed back at the starting gate. Wuspy followed this up with another gold medal in Event 9, Hurdles Race. The Midnight Wisps continued their flip-flopping by coming joint last in Hubelino Maze, 14th in Dirt Race, and then a silver medal in Rafting. However, they spent the final four events in the bottom half of the table, finishing in tenth place.

The Midnight Wisps were back to their valley in order to talk about their disappointing performance at Marble League 2019. Suddenly, they received an invitation to participate in Marbula One 2020. Of course, the Midnight Wisps couldn't resist the invitation, and accepted it anyway. In doing so, they chose Wispy and Wospy to represent them. The team were hoping to get themselves back to form with their appearance in Marbula One so they could get through the upcoming Marble League 2020 Qualifiers.[2]

Unfortunately, the Midnight Wisps performed very poorly in Marbula One 2020. The team were hit by a mishap in the second Grand Prix, where Wospy fell off the top of the conveyor belt, falling to the bottom and colliding with other marbles. He was hospitalized after the race and was ordered to take a rest for at least one week.[3] However, once he recovered, Wospy began to perform really well, to the point where he got a podium finish in third at the fourth Grand Prix. The Midnight Wisps were also selected to host the final Grand Prix of the season at their racetrack, the Midnight Bay Circuit.

In 2020, the Midnight Wisps hoped to qualify for Marble League 2020. After failing to automatically qualify, they had to go through the qualifiers again. They started by finishing 11th in Balancing, and then 16th in Funnel Endurance. Then there was Block Pushing, an event that they had done well in during Marble League 2019. They pushed a 69.8 which won them the event, and placed them in fourth overall. In the final event, they finished in a disappointing 18th, but their victory in Block Pushing was enough to bring them into 9th overall and advance to the Marble League 2020.

The Midnight Wisps began Marble League 2020 on a high, finishing 3rd in the balancing event. After their victory though, they became one of the more inconsistent teams in the league, with them finishing anywhere between first and 11th, clinching a gold and a sliver on the way. As of now, the Midnight Wisps are 4th in the Marble League, 15 points off first place, currently held by O'rangers, and 14 points above 5th place Raspberry Racers.

The Midnight Wisps qualified for Marble League 2018. They competed in Group B.

The Midnight Wisps took part in two other competitions in 2018: the 100 Meter Water Race and the Amazing Maze Marble Race.

The Midnight Wisps automatically qualified for Marble League 2019 after winning Marble League 2018. They competed in a Friendly Round on 2 February 2019 against the other pre-qualified teams, and they finished third.

* 2 consolation points were awarded due to an equipment failure

The Midnight Wisps took part in Marbula One Season 1. Their team consisted of Wispy and Wospy.

The Midnight Wisps on the top step of the podium during the Marble League 2018 Closing Ceremony. 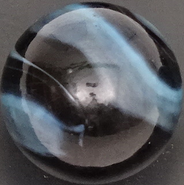 Add a photo to this gallery

Retrieved from "https://jellesmarbleruns.fandom.com/wiki/Midnight_Wisps?oldid=24338"
Community content is available under CC-BY-SA unless otherwise noted.