8 points
The Hornets were a team that first competed in the Marble League Showdown 2019 and finished second. The team was the winner of the first Fan Team Contest in that same year. They also competed in Marbula One Season 1 and Marble League 2020, where they finished last in both.

Stinger, Wasp, Vespa, Hive, and Yellowjacket were the original and current members of the team. Stinger became team captain upon the team's formation.

The Hornets come from the Eastern European city of Buzzkill, the westernmost city within the Buzznya region.[3] The five current members of the team grew up there. Stinger and Wasp have known each other since childhood. They met their future teammates at the Hornets, Vespa, Hive and Yellowjacket, at individual marble races. Their coach, Swarm, is the parent of Vespa and a former athlete. Each member of the team is seen as vitally important to the others.

Vespa is known their marble racing experience, and that earned them the nickname "Speed Queen" inside the Bug Marble community. Wasp is very loyal to the team, and especially to Stinger, having competed together for many years. They can be aggressive, but it stems from a passion for marble sports and a drive to avoid losing. Hive is outgoing, funny and friendly with other teams. They don't let poor performances get to them, and they guide the team forward towards better results.

Yellowjacket, the reserve and youngest member of the Hornets, has never shown their age through their energy and competing with other marbles. Stinger, the team captain, is the one who holds the team together, setting an example for fellow team members to follow. They are one of the most decorated marble athletes, and their self-control in times of pressure inspire the team to remain hopeful and follow in their footsteps.

The Hornets were one of the first teams in the Bug Circuit, a regional marble racing tournament in Eastern Europe that started in 2011. The inaugural competition was hosted by the Bumblebees. The Hornets emerged victorious and claimed their first championship, beating the host team by a narrow margin. This marked the start of the Hornets' friendly rivalry with the Bumblebees, who also happen to hail from Buzznya.[3]

Over the next two years, the Hornets proceeded to keep up with their performance in the Bug Circuit. The team came in third in the 2012 competition, hosted by the Centipedes and won by the Ladybugs, who finished third last year. The Scorpions also finished ahead of the Hornets in the final standings. In the 2013 competition, hosted by the Moths, who eventually came third, the Hornets scored another top three overall finish, finishing second behind the Dragonflies.

The Bumblebees had failed to challenge the Hornets for the past few years, but that changed in 2014. The year's competition was hosted by the Snails and had a snow theme. The Bumblebees managed to win their first Bug Circuit after years of inconsistent performances beforehand, and were joined by the Cockroaches and the Grasshoppers for the top three.

The Hornets were selected to host the 2015 Bug Circuit, which boosted their morale greatly. The team dominated the competition. During one of the races, Stinger was doing poorly. The Hornets fans started chanting "Bzzzz" at Stinger, which eventually became their signature cheering chant as it helped Stinger win the race. This, in turn, helped the Hornets win their second Bug Circuit championship, ahead of the Ants and the Tarantulas. They had become the first team to win a Bug Circuit season as the hosts, the feat they had prevented their rivals from achieving four years earlier. Unfortunately, the Hornets faltered in the 2016 Bug Circuit, and missed out on the top three, while the rival Bumblebees came in third right ahead of them. The team succeeded in redeeming their disappointing 2016 performances by winning the 2017 Bug Circuit, earning their third championship.

In 2018, the Bumblebees announced they would be leaving the Bug Circuit to compete in the Hubelino Tournament 2018, replacing the now-retired Team Phoenix. That year, the Grasshoppers also left to train Grasshopper for Sand Marble Rally 2018, and the Tarantulas returned after spending two years helping Tarantula in Sand Marble Rally 2016 and 17. The Hornets remained in the 2018 Bug Circuit, finishing second, but felt something was missing following the departure of their rivals.[4]

When the fan vote for Marble League Showdown 2019 was announced, the Hornets decided to apply. They used their experience in the Bug Circuit and their rivalry with the Bumblebees to rally support from the marblebase. This, coupled with dominant social media presence, led to the Hornets winning both rounds of fan voting. In the latter round, they won by a whopping two-thousand votes. The team, along with the Turtle Sliders, were admitted to Marble League Showdown 2019. However, they decided not to go watch Marble League 2019 so they could focus on training for the Showdown.

Thanks to Hive's networking and continued friendship between the Hornets and the Bumblebees, both teams eventually met each other for the first time in two years. The Bumblebees had also qualified for the Showdown due to their victory in Hubelino Tournament 2018. The Hornets also trained with some other Showdown teams as the competition got nearer. They arrived at the Seven Seas Stadium six weeks before the Showdown started and trained all the way up to the night before the first event, the Sand Rally.

The Hornets had a great start to the Showdown. Vespa stayed in the top four throughout the entire Sand Rally event and finished second. The team earned a second silver medal in Event 2, Collision, rising to the top of the standings. This was followed by the Funnel Race, the only event the team failed to medal in, coming in 6th. It was also the only event where the Bumblebees had beaten them. However, by this point, the Hornets already had enough points to secure their place at the Marble League 2020 Qualifiers. They concluded the Showdown by finishing in second overall, following their bronze medal in Event 4, Balancing. The Bumblebees also qualified in seventh.

As the Hornets prepared for the Qualifiers, they received an official invite from the JMRC to take part in Marbula One Season 1. Since the team had yet to participate in a Marble League championship tournament, they saw the invitation as an honor, so they accepted it and chose Vespa and Hive to represent them. They were also selected to host the fourth Grand Prix at their track, the Hivedrive.[4]

Although the team had shown promise in Marble League Showdown 2019, they could not live up to the expectations in Marbula One Season 1. Vespa, despite being nicknamed "Speed Queen", finished the first Grand Prix in 13th place, failing to earn any points. This was followed by a 9th place finish for Hive at the O'raceway Grand Prix, earning the team two points. Unfortunately Vespa failed to score any points in the entire season, only edging out Mary in the individual championship due to slightly better finishes. Hive wasn't much better, only netting 6 more points at their home track, the Hivedrive Grand Prix, for a final total of eight points. The team would finish last in the team championship, 17 points behind the next-lowest team, the Limers.

The Hornets competed in the Marble League 2020 Qualifiers. The team had a good start with a sixth place finish in Event 1, Balancing, getting two finishers. The next two events, Funnel Endurance and Block Pushing, were not as strong, finishing in 11th and 19th respectively, dropping them into the 16th overall and putting them at risk of not qualifying. Wasp was chosen to represent the team in the final event, the 5 Meter Sprint. Wasp finished in 8th earning them 12 points. The Hornets managed to qualify in 10th, one point away from failing.

The team started Marble League 2020 with a 12th place finish in Balancing. This was improved upon with a 7th place finish in the next event, the Halfpipe, taking the team to 10th overall. Unfortunately for the Hornets, the team finished the next four events in the bottom five, dropping the team to last place overall. The team ended the first half of the competition with two mid-table finishes in the 5 Meter Hurdles and in Block Pushing. The Hornets entered Stinger into the final event of the first half of the tournament, the Triathlon. After dominating the first 2 heats, Stinger made it to the finals. However, the finals had some of the most experienced teams, including the O'rangers and the Hazers. Stinger had an amazing start, and entered the water well in front of everyone else. However, all 3 teams passed Stinger, and they finished in fourth, the closest they would get to the podium, bringing them up to 11th overall at the halfway point.

The Hornets could not keep up their better form and returned to their poor form with three bottom half finishes in the next three events, dropping them to 15th overall, only above the consistently poor Mellow Yellow. Two mid-table finishes followed for the Hornets in the Relay Run and the High Jump. Unfortunately, as before the Hornets could not keep this up. The team finished Marble League 2020 with a 10th, 11th, and 14th place finish in the Team Aquathlon, Collision and Marble Marathon respectively. At one point Hive had been in the top five at one point in the Marathon but again could not keep it up and fell to 14th. Due to their poor performances and a spell of strong finishes for Mellow Yellow, the Hornets finished Marble League 2020 in last place overall, their second last place tournament finish in a row. Stinger admitted the team were ashamed by their recent poor performances but were determined to make a comeback.[5]

However, less than a year later, in middle of April in 2021, they were announced retired, along with the Jawbreakers, and they merged with their fellow Bug Circuit and Marble League competitor Bumblebees, but the current roster of the Bumblebees was not changed. Their spot in the qualifiers for the 2021 Marble League is due to be taken by a new team, the Solar Flares. In their final race as professional Marble Sports athletes, the Marble League 2021 Practice Race, they sent out Vespa, as they finished 25th to finish their Marble Sports career.

The Hornets qualified for the Marble League 2020 Qualifiers.

The Hornets qualified for Marble League 2020. 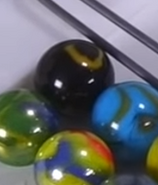 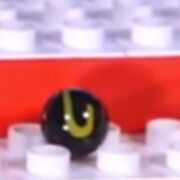 Swarm, the coach of the Hornets

The Hivedrive, home of the Hornets