Mallard, Billy, Quacky, Ducky, and Goose are the original and current members of the team. Mallard became team captain upon the team's formation.

Note: Events include any kind of events (friendly, other tournaments etc.).

The Green Ducks are a British team whose members have been fans of marble sports since a young age. Mallard, the captain of the team, won tickets to Le Tour de Vellis in 2014, where they saw the Savage Speeders win the tournament for the first time. Being at the competition made Mallard very excited. They returned to their hometown of Bermenghank to meet their sickly parent. Mallard paid a visit to them in an infirmarblery, but they unfortunately passed away two days later.

Mallard's other parent, Bombay, wasn't working at the time and used most of the family's money to pay for the funeral. Bombay continued to struggle finding work, and Mallard found themselves working on a farm, looking after ducks with their sibling, Billy. During this time, the siblings had made friends of fellow farmhands Quacky, Ducky and Goose, who were also working there while finishing off their primary education. The five became close friends over the years working on the farm, and especially bonded over their love for marble sports.

In 2017, Mallard secretly entered a bid to get tickets to Marble League 2017, and won. They surprised their friends with a trip to see the games in Knikkegen and watched from the Jungle Jumpers fan area, the team they supported as their colors reminded them of the grass on the farm. After they returned home, the group decided to start training to become marble sports athletes. They spoke to Bombay, who quit their job in tourism to become their coach. They decided to name their team the Green Ducks.

The Green Ducks started competing in minor leagues across the British Isles, a place not well known for marble sports at the time. They emerged as the most dominant team in the region. This way, the team earned themselves a great deal of sponsorships, allowing the team to become financially stable. They moved to Draklin in 2018 and started to use Joshdon Stadium as their home stadium.

Despite being so new, the Green Ducks attracted a lot of attention from fans as they participated in the Qualifiers. The team proceeded to perform exceptionally. Mallard opened the Qualifiers for the team by coming fifth in the first event, the Funnel Race. In the next event, Block Pushing, the Green Ducks got an unprecedented 117.0 cm, coming first and moving to the top of the standings. They came fifth again in the Relay Race, securing their spot in Marble League 2019.

The Green Ducks decided to conserve energy for the final event, Underwater Race, by putting in Ducky. Unfortunately, they came last, despite the team's best hopes. The Green Ducks dropped to fourth at the end of the Qualifiers, but given their exceptional performance early on, they qualified anyway. The team continued to gain fans, many of whom were fans of the Limers who had failed to qualify.

The Green Ducks started off exceptionally in Marble League 2019, with a silver medal for Quacky in Event 1, the Underwater Race, redeeming Ducky's poor performance from the qualifiers. This was followed by a seventh-place finish for Mallard in Event 2, the Funnel Race. The team then came 4th in the next three events. The momentum built up to Event 6, the Relay Run. In the final leg, Billy lurched forward ahead of Tangerin of the O'rangers to win the team's first gold medal, putting them at the top of the standings.

Over the next four events, the Green Ducks averaged seven points per event, keeping them in the top three, but they lost first place to the Raspberry Racers, who took the lead after Event 8, the Summer Biathlon. The team refocused before Event 11, the Dirt Race. In said event, Ducky boosted ahead of Swifty of the Savage Speeders to finish 2nd, closely followed by Rozzy of the Raspberry Racers.

The Green Ducks followed this up with a record-breaking gold medal in Event 12, Rafting, reclaiming first place. Event 13, the Elimination Race, saw the Green Ducks face off against the Raspberry Racers once more. In the final, Quacky faced Rezzy and Red Eye of the Crazy Cat's Eyes. Red Eye got stuck near the top of the course. Quacky and Rezzy shot down the course, but Quacky got stuck just before the finish line, allowing the Raspberry Racers to claim their first ever gold medal.

The Green Ducks remained in first, but would not medal again. They lost the lead in the standings to the Raspberry Racers after coming 12th in Event 14, Surfing. The team ultimately finished in 2nd, behind the Raspberry Racers, with 204 points and five medals. The Green Ducks automatically qualified for Marble League 2020 and became the most successful rookie team in the Marble League. Their fanbase only continued to grow afterwards.[3]

While the Green Ducks were training for Marble League 2020, Bombay received a letter from the JMRC, saying the team had been invited to take part in Marbula One Season 1. They accepted and sent Mallard and Billy to represent them. Given their outstanding debut season in the Marble League, the Green Ducks had become one of the most favored inaugural Marbula One champions.[3]

True to their status as rookie sensation, the Green Ducks had a promising start in the first half of Marbula One Season 1, with a race win and fastest lap for Billy in the O'raceway Grand Prix, followed by a fourth-place finish for Mallard in the Momotorway Grand Prix, making up for their 8th place finish in the opening Savage Speedway Grand Prix. However, multiple finishes outside of the top ten would be the Green Ducks' undoing. The fifth Grand Prix would be hosted by the Ducks at Greenstone, a race in which Mallard placed seventh. The following two races would be run by Billy, in which they placed thirteenth and seventh respectively. However, Mallard went on to achieve a second-place finish in the final Grand Prix at the Midnight Bay Circuit. This lead the Green Ducks to a respectable sixth-place finish overall with Mallard finishing in the top ten for individual racers.

In the Marble League 2020 Friendly Round, the Green Ducks did not perform as well as expected. They started with a third-place finish in Block Pushing after their heat needed to be redone when the Hazers got hit by the starting gate. Next up was Funnel Endurance where Mallard came last. Then in Balancing they had one finisher but only managed to come third. They could no longer finish in the top two. They finished second in the final event, the 5 Meter Sprint but it was futile, and they finished the Friendly Round in last place.

The Ducks continued to fail to live up to the previous year's successes with two bottom half finishes in the first two events of Marble League 2020, Balancing and the Halfpipe. Hope returned after a fourth place finish in Funnel Endurance. However this was followed by a six event spree of bottom half finishes, four of them in the bottom five, culminating in a last place finish by Goose in the Sand Mogul Race. This string of poor performances left them in last place overall, the opposite end of the table to where they had been the year before.

The team started to improve for the second part of the season. A sixth place finish by Billy in Event 10, the 5 Meter Sprint, lifted the team out of last into 14th overall. Billy and Quacky then just missed the podium with a fourth place finish in the Black Hole Funnel. A string of mid-table finishes took the Ducks to the end of Marble League 2020 where they finished in 12th overall, a completely different season to the previous year. Fans began to question whether the previous year had been beginner's luck or whether this performance was a sophomore slump.

Mallard and Billy returned for Marbula One Season 2 and had a strong start with a bronze medal for Mallard at the Minty Mania Grand Prix and a fifth place finish for Billy at the O'raceway, keeping the team in third overall. Mallard qualified well at the Honeydome Grand Prix in third but fell down the ranks and only managed 14th place finish. Billy returned the team to form with a sixth place finish at the Aquamaring Grand Prix and a fourth place finish for Mallard at the Tumult Turnpike. The first half of the season ended on a high note with Billy getting the double by both qualifying and finishing in first at the Arctic Circuit Grand Prix, taking the team into second behind the dominant Crazy Cat's Eyes. The Ducks had set a record by making it into Q3 of the qualifiers in every Grand Prix of the season so far.

During the mid-season break of Marbula One Season 2, the Green Ducks were invited to compete in the Marble League Winter Special, featuring sports the team had not competed in due to having formed after the last winter edition of the Marble League in 2018. The competition began with two seventh place finishes for Quacky and Mallard in the Ice Dash and Snowboard Cross respectively. Hopes of a medal in a Marble League style event were crushed after two fourth place finishes in the next two events, Speed Skating and the Bobsled. The Ducks had a disappointing thirteenth place finish in the final event, Ice Hockey, losing to the Savage Speeders in the first round. The team finished in 8th overall.

The Green Ducks got off to a slow start after the mid-season break of Marbula One Season 2 as they only managed to get four points in the next two Grands Prix, but bad showings from other teams somehow kept the team in 2nd place, 71 points behind the dominant Crazy Cat's Eyes, making it almost impossible for the Ducks to clinch the championship. Things got even worse as Billy shockingly placed 17th in the qualifiers of the Palette Park Grand Prix despite qualifying in the top five for the first four Grands Prix. This Grand Prix cost the advantage the team had had as the team dropped to 3rd, with Thunderbolts again two point ahead and Team Momo close behind. Mallard's silver in Misty Mountain Grand Prix enabled the team to jump to 2nd, being the only team mathematically possible to win the championship with 52 points behind Crazy Cat's Eyes. Billy wasn't able to live up to expectations and only finished 10th in Savage Speedway Grand Prix, dropping to 3rd once again. They were able to keep the position until the end of the season, with both racers in top ten of the individual standings.

Mallard was sent to participate in the Marble League 2021 Practice Race and finished 19th.

The Green Ducks went on to medal 5 times in Marble League 2019 and come in 2nd overall, the best performance yet by a debuting team (not counting 2016).

The Green Ducks took part in Marbula One Season 1. Their team consisted of Mallard and Billy.

The Green Ducks pre-qualified for the Marble League 2020.

The Green Ducks had a lackluster 2020 Marble League. They didn't manage to win any medals and spent almost the entire tournament in the bottom half of the standings.

The Green Ducks competed in Group B and qualified for Marble League 2021.

At the end of Marble League 2021, they finished in 11th in what was called their redemption season, and they were announced as hosts at the end of the closing ceremony, auto-qualifying them for the competition. 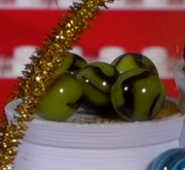 Mallard, the captain of the Green Ducks. 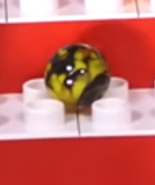 Greenstone, home of the Green Ducks.